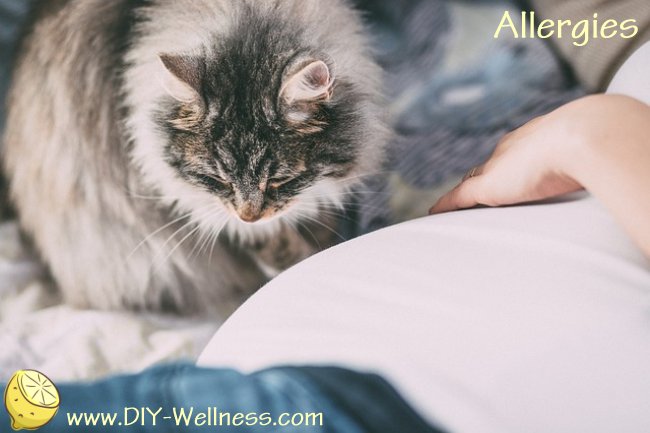 Apart from the North American’s, allergies also affect a large number of the rest of the world’s population – close to 40%, will suffer the annoying and sometimes debilitating results of this ailment. Allergic symptoms range from the mild to life-threatening. Sneezing, coughing, itching eyes and stuffed up nose. Allergies may even be one of the the causes of asthma and right through, to the sometimes deadly, anaphylactic reactions.

Allergy causes are many and varied. Among the more common are mold, dust mites and it in the springtime, pollen.

Genetics may also play a part and nothing can be done about that. Both good and bad is passed down to you, through your parents.

What causes allergies? Basically the body is merely reacting to a perceived threat and fights the allergens in the same way as a bacteriological invasion.

Allergies, concerning food, are not as common as most people think, but can be severe causing several hundreds of deaths annually.

Whilst millions of people are allergic to to animals, especially cats, we should seek relief, rather than do without the company of our precious and loyal, four-footed friends.

Cures may be many and varied. Asthma attacks, for instance, may be alleviated by the taking of a Chinese herbal formula named, Minor Blue Dragon, or XQLT, or xiao – qing – long tang. It has successfully been used for centuries, in China. It is a most effective bronchodilator and often more efficacious than prescribed drugs.

Acupuncture has also been found to be a most effective treatment for allergies in general.

Supplements and vitamins may also help to improve the immune system, together with a healthy lifestyle.

Vitamins, A, C, E, selenium and carotenoids. Antioxidants, MSM, magnesium and zinc may help, too. Americans in particular, have become obsessed about cleanliness and buy any product which promises to be “99% effective against all bad germs” or some such nonsense. Children, particularly the very young, might benefit from a “little dirt” in their surroundings, to strengthen their immune systems, from an earlier age.

Eating foods “in season” can help. People used to eat seasonal fruit and vegetables, but with refrigeration and shipping, from around the world, our bodies receiving no respite from this problem.

Seek further information from people practicing alternative health and medicine, such as acupuncturists, herbalists, holistic practitioners and aromatherapists. You’ll find that there is an abundance of free and interesting information in your local library or on the Internet.