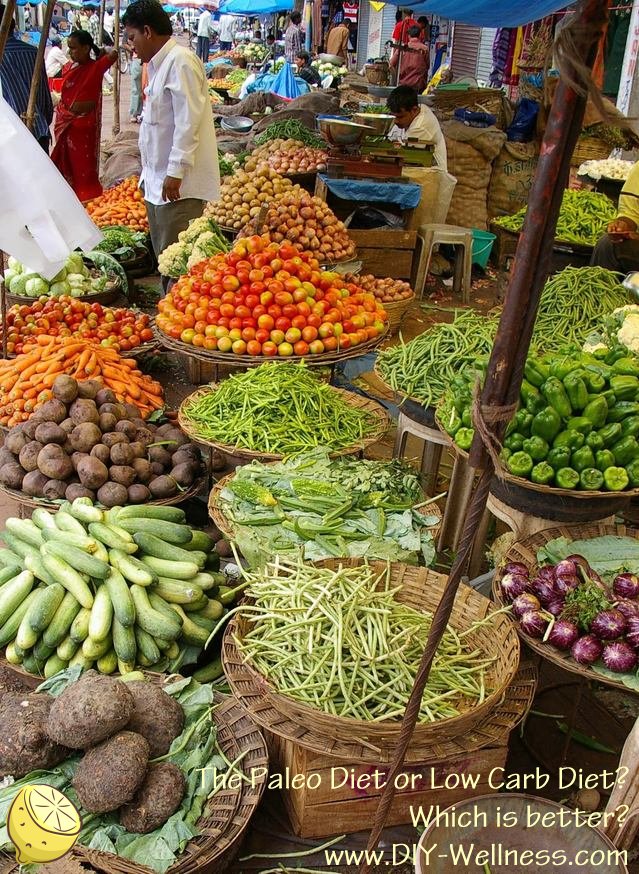 This is an excellent question and a very popular one too. It is often asked by people who are trying to lose weight and are trying to make sense of all the weight loss information floating around. This question is not really an easy one to answer because it all depends on the person adopting the diet.

This article will state the pros and cons of each diet and in the end, the decision lies in the hands of the reader. One diet is slightly better than the other but it’s more difficult to adopt. So, decide wisely.

You will be eating lots of meat while on the paleo diet. Grass fed meats, eggs, healthy fats such as coconut oils and grass fed butter, etc. You will not be allowed to eat anything containing sugar, grains and refined or processed products.

This is extremely difficult for many people because they will have to give up many of their favorite foods. It’s a huge sacrifice for them. This makes the paleo diet much more difficult to adopt than the low carb diet. However, if you conquer your cravings and adopt the paleo diet, you will lose weight, look better and be healthier.

You will have fewer allergies, fewer potential health issues and a better relationship with food. The cravings will disappear in about 2 to 3 months. Your weight loss will be permanent and you will have a much lower chance of gaining weight since your blood sugar levels will be stable and there will not be any insulin spikes from high GI foods.

The low carb diet on the other hand, advocates a diet that is extremely low in carbs or even in some cases, no carbs are allowed. Unlike the paleo diet which recommends a certain amount of carbs from vegetables and fruit.

A low carb diet may mean that you can consume carbs but in small quantities. Many dieters make the mistake of consuming carbs such as whole wheat bread or ‘healthy’ cereals. Even small amounts of these carbs will cause insulin spikes.

A low carb diet also leaves people feeling lethargic and irritable. The human body needs a certain amount of carbohydrates. If you consume too little, your metabolic rate will drop. Unlike the paleo diet which encourages the consumption of nutrient dense foods, which may make up for the lack of carbs, the low carb diet does not do that.

All too often, the dieters on the low carb diet consume too few calories and this impedes their fat loss progress. The only positive thing about the low carb diet is that it has much more leeway in its food choices. It’s not as harsh as the paleo diet. No foods are forbidden in a low carb diet.

There may even be cheat days which allow you to gorge yourself and leave you lying somnolent on a couch unable to move. The paleo diet has no cheat days.
To summarize, if you have the discipline and determination, go for the paleo diet and you will have a diet that will last you a lifetime. Your health will improve vastly and you’ll feel great.

If you just can’t muster the determination to avoid your favorite foods, then go for the low carb diet. But, do remember that this is a short term solution. You will always be in a battle to fight the bulge. The cause of weight gain is poor food choices. So, no poor food is better than low quantities of poor food. In the end, it’s your choice.